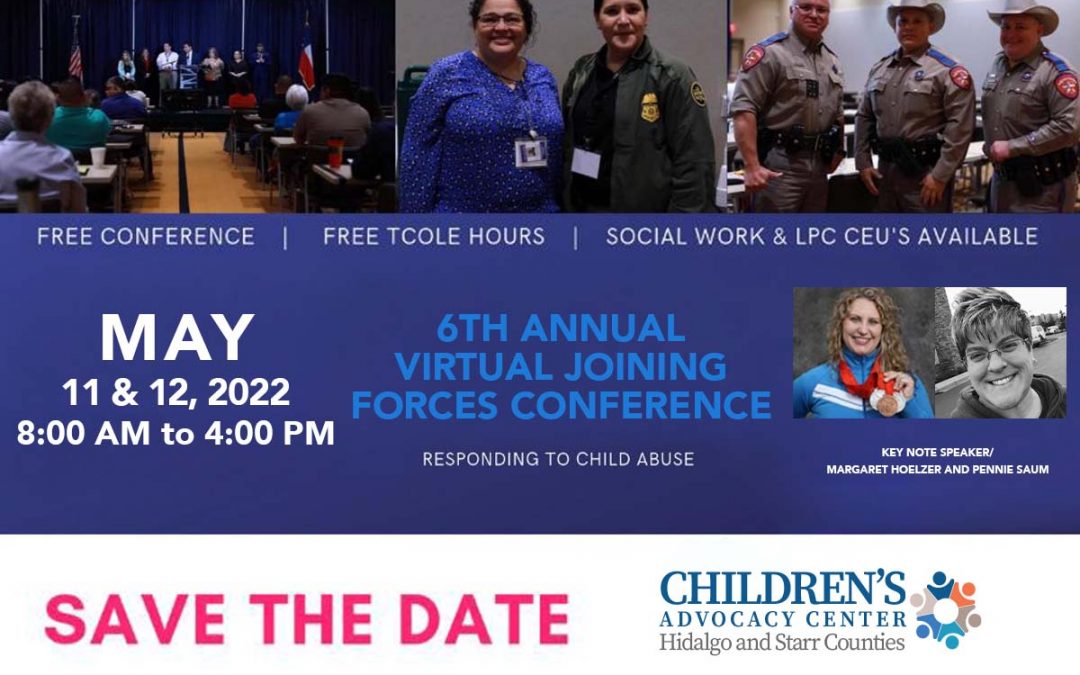 Unfortunately, child abuse is prevalent in our local community. In the Rio Grande Valley, children are abused every day, and some of them may even be children you know.

What Is the Joining Forces Conference?

The 6th Annual Joining Forces Conference allows the community and professionals to bring awareness to child abuse. At the conference, you will learn new plans of action for protecting children from becoming victims and approaches to reverse the trauma of childhood adversity.

What Can You Expect at the Conference?

In addition to a two-day conference packed full of presentations, breakout sessions, and keynote speakers, the Joining Forces Conference will consist of:

At the Multidisciplinary Team Awards Luncheon, our multidisciplinary partners, who focus on crimes against children, will be awarded for their fight against preventing child abuse.

Country singer, Lauren Corzine will present our Multidisciplinary Team Awards to those who have demonstrated admirable work and diligence while working against child abuse.

Lauren Corzine has been a fundamental partner in raising awareness for child abuse in the Rio Grande Valley. She will be performing a song she recently wrote called “Lost and Found” live during the MDT Awards Luncheon.

About Our Keynote Speakers

Margaret Hoelzer is an Olympic swimmer, winning two silver medals and a bronze medal during the 2008 Games in Beijing. Ms. Hoelzer persevered to overcome the trauma of being sexually abused for two years, between the ages of five and seven. As a child, she received care at the National Children’s Advocacy Center.

Pennie Saum is a victim and survivor of child abuse. Ms. Pennie will impart an Impact Statement of her abuse that transpired from her infancy until she was 18 years old. She is the author of a book called “Brave and Unbroken, 7,433 Days of Silence.” The number constitutes how many days it took her to find the courage to speak out about the ongoing sexual abuse from her biological father.

Register for the Conference Here